Luciano Barisone, director of Visions du Réel, shares some of his favourite films from the past year of documentary.

To choose films that outline a road map implies a task – to define one’s state of mind as a viewer, one’s criteria of assessment, relative to what encompasses and exceeds the visible world. As far as I am concerned, the word “documentary” is merely conventional and I don’t use it in a limiting sense, as though it were a codified genre (like in TV jargon). It’s more like a creative way to tell a story about reality with the means of cinema. The difference between those who regard the documentary as a format and those who see it as a free film practice lies in the fact that the former care more about its informational value, whereas the latter see its emotional potential. Such potential derives less from the subject than from the form of its representation, its dramaturgy, the interaction with the characters, the editing decisions, and the articulation of sound and music. Basically, the act of documenting is just another nuance of what should be a discourse of cinema.

In most of his films, Nicolas Philibert interacts with given social groups and turns them into a single cinematic corpus. When he describes how an institution or the lives of a group of people work, he invites the audience to share those values. Whether the people filmed are Louvre workers and curators, deaf-mutes, mental patients, young comedians, grade school children, characters from an old film, or radio professionals, the films where they are portrayed refer to humankind. Each of them stands for the species, in the deepest of their being. To shoot La Maison de La Radio the French filmmaker spent six months inside the architectural complex of French Radio, giving the thousand faces of this professional world an assured dignity – a sense of belonging to the world. Radio does not only broadcast voices or music, or just bodies working backstage, but also reason, sentiment, the implementation of a communicating utopia. Wandering from one recording room to the next, from voices reporting about daily stories to those discussing the present and history, from those recreating a universe by way of a subtle sound modulation to those accompanying music, once again Philibert achieves the most difficult goal of an artist – to film the visible to capture the invisible.

A cousin of the Swiss-Iranian filmmaker ended up in the catch-22 situation that is immigration. He’s stuck in Athens, shut up in a basement along with other exiles, waiting for the right moment to access Northern Europe as a clandestine. Kaveh Bakhtiari records the strength of their hope and the inertia of their disillusionment. The film set is a space inhabited by feverish bodies, exhausted by the fatigue of migrating, haunted by tragic memories, and relentlessly yearning for life. We see ordinary actions as well as senseless deeds dictated by despair, fake documents, escape plans. We witness intervals of starvation, words filled with imagination, mortified silences. We feel the pain, the grief. The film floats in illusion and founders in death. Bakhtiari’s camera is one with the men it’s filming, with the story it’s telling. The film’s primum movens is not only the sharing of room and hope: the unity of place and action is highlighted by a tight editing that re-echoes the breathing of the bodies. No other film has ever managed to describe clandestine immigration in such a way, its primordial energy, the joy of victory and the sadness of failure.

Driven by an anti-consolatory spirit, the cinema of Wang Bing undermines the unshakable self-confidence of Chinese communist liberalism. After tackling, in his previous film, the destruction of a working-class district, a woman’s odyssey throughout the Cultural Revolution, the profits and losses of the mining system, life (and death) in a work camp, and the fight for survival of three sisters without a family, with ‘Til Madness Do Us Part he has approached the existential limbo of a mental institution. The impact is brutal, unexplained. The eyes of the people filmed make the filmmaker’s gaze right and respectful from the very start. Either rebellious and aware, or subdued by their meds, the “loonies” instinctively know that Wang Bing is on their side. He follows them, lends support to their ravings, gives them the floor. The camera goes from room to room in the small-town asylum, where women are lodged on the ground floor and men upstairs. Characters turn over, and come to life again on the screen after a while. Nothing is said about them, captions just tell their names and the time they’ve already been forced to spend in the institution. Monads in an annihilating vortex, they rarely exchange any words: at times, the gestures are merely conventional, at times, they hint at love. One thing is clear, those who are inside are uncomfortable, and live in misery and injustice. Nothing is left but human empathy.
Brother, where art thou?

Gianfranco Rosi’s storytelling is anything but linear. He tends to create concentric mosaics of portraits and situations, where each character is one of the tiles, and everyone is a story. He’s not stealing visible realities. He turns them into pictures. His films are the outcome of a humanistic immersion in social spaces, of a quiet wait, of respect for the people filmed. He’s not an intruder in their lives; he does not try to make them the characters of a prefabricated story. He lives along with them. He captures their gazes, their breaths, their stories of people without history – as he did when he lived side by side with the community of Below Sea Level for years, or shared a hotel room with the killer of El Sicario, or drifted with the Boatman along the Ganges over and over again. This time, he has spent months in an RV, sweeping the great ring road around Rome (Grande Raccordo Anulare), capturing the lives of those who live on the margins of the capital city of Italy. Going back to Rosi’s filmography, we see that whether focusing his attention on one individual or a multitude he is basically interested in capturing the moment when people shake off their existential inertia and face life. In this sense, by capturing specks of light he films the transition from existing to being, from the immanent to the transcendent, from matter to spirit._

PS. Another three films deserve inclusion in the list of my favourite films of 2013. Due to lack of space, I’ll mention them briefly: L’Image manquante by Rithy Panh, E Agora? Lembra me by Joaquim Pinto, and Father’s Garden by Peter Liechti. 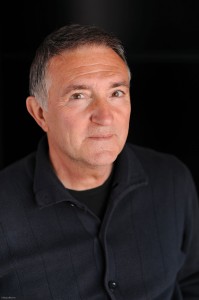 Luciano Barisone.
Film-club host, journalist and film critic for specialist magazines. Since 1997 Luciano Barisone has contributed to numerous international film festivals, including the Locarno International Film Festival and the Venice International Film Festival.
In 2002, he founded the Alba Infinity Festival, for which he has acted as artistic director until 2007. From 2008 to 2010 he was artistic director at Festival dei Popoli in Florence.
Since 2011 he has been the director of Visions du Réel in Nyon.

TENGGER Riding on the volcano