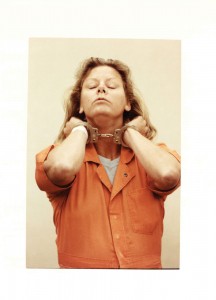 Veteran filmmaker Joan Churchill was the recipient of this year’s Outstanding Achievements in Documentary Filmmaking Award at Camerimage, Poland’s prestigious International Film Festival of the Art of Cinematography.

As part of her busy schedule, which included an extensive retrospective, Churchill, who was also president of Camerimage’s Feature Length Documentary Films Competition, along with cinematographer and sound designer Alan Barker, held a workshop on “experiential cinema.”

In a career that spans over 40 years, cinematographer and director Joan Churchill can lay claim to many compelling documentaries, including Aileen: Life and Death of a Serial Killer, Soldier Girls, Shut Up & Sing and Punishment Park, which made her a key figure in defining modern-day cinéma vérité.

For Churchill, however, filmmaking is nothing but a means to engage people – “a means to have incredibly intense experiences” with them.

“I think that the really brilliant filmmakers are genuinely interested in people. My mentors like Richard Leacock and D.A. Pennebaker, for example, are really engaging and charming people. At the end, it’s about the relationship that you build up with your subjects, and I try to not make the filmmaking process overbearing. I try to make the camera just a part of my own eyes,” she says.

Churchill’s extensive body of work, for which she spent long periods of time filming in hospitals, prisons and army barracks, clearly demonstrates her strong communication skills and her ability to gain her subjects’ trust. In her 1981 documentary Soldier Girls, which she co-directed with Nick Broomfield, she follows several young women in the US army as they undergo the psychical and emotional ordeal of basic military training at Fort Gordon under cruel superiors. Having gained unprecedented access to the barracks, Churchill and Broomfield let incredibly dramatic moments, a rarely seen perspective on life in the military, unfold before our eyes, capturing the shocking sadism of the sergeants as it clashes with the tremendous resilience exhibited by the soldier girls. Similarly, Churchill and Barker filmed in a hospital over the course of a year for the TV series The Residents, bonding closely with patients, some of whom died during the series, and the hospital staff, who were desperate to save them.

Barker explains that one of the primary aspects of experiential cinema is to use the camera as “a character that is not a full participant, but an engaged witness with a point of view.” In order to keep that point of view consistent as a character in the scene, he says, there should be “a minimization of visual rhetoric”.

“You’re following the logic of the conversation, the process,” Churchill says, “you’re not thinking about getting a master shot or certain angles, you’re there trying to make sense of what the camera is shooting.”

A good example is Peter Watkins’s subversive Punishment Park (1971), a mockumentary, featuring a group of young anti-war, anti-establishment protesters who are followed by a film crew as they traverse the hot California desert as part of a sentence meted out by a tribunal for their protests. In order to sustain the documentary feel throughout, Churchill was excluded from pre-production, thus having no clue as to what was going to happen at the set. In order to heighten the realism, Churchill says, Peter Watkins would even “nudge” her to put her off balance, or intentionally confuse her by changing something in the story for each take. Not surprisingly, a significant number of the audience members didn’t realize the film was fiction, which created a lot of controversy.

Being a good communicator, being able to listen and to follow processes, is key for Churchill: “That’s very different than getting pretty shots, having them perfectly composed and lit. As long as I see or hear something, that’s what’s important, not the way it looks.”

Therefore, a strong relationship between the filmmaker and the subject is indispensible. Churchill calls it “being part of the circle”: “When people are talking to each other, they form a kind of circle. You don’t want to be outside looking in. You have to constantly renegotiate your space within that circle – this is something you have to work for everyday. You have to make it OK with the people you’re shooting, to reassure them if they are not happy with something they do or say.”

Giving them the tape to check is one way of gaining trust. “When you give your subjects the tape, the power, they’ll know that you’re looking out for their interest. The next time, they will probably just let you shoot,” Churchill adds, “as you follow them, they’ll get to know you and you get to know them. After a while, it doesn’t even matter if there is a camera there.”

How does she manage to include herself in the circle?

“I tend to find a place to settle. One of my favourite ways of shooting is to focus on the main speaker and whoever he’s speaking to. I tend not to move that much, especially if there’s a lot of emotional heat. You don’t want to call attention to yourself. It upsets the intensity of what’s happening,” she replies.

Churchill says that the arrival of small cameras completely revolutionized the way she makes films. “I’m left-eyed, so if I hold the camera at my eye level, I’m just a glass eye to them. To be able to take the camera down so they can see my face and my emotions is so liberating for me. I’m much more engaged in seeing what happens, and being where I need to be with my camera, to follow and make it understandable. ” In the end, it’s always a question of following the process.

“Never ask your subjects to do something especially for the camera. If you miss something, never ask people to repeat their action. It’s up to you to get it,” Churchill continues, “but if you feel that there’s information that public needs to know; or you are confused and don’t understand what’s happening, throw a little question, get the answer and carry on. It’s much more valuable than setting up an interview later on. But ask the questions in the moment and make sure you don’t stop the action.”

Neither Churchill nor Barker “pretends to be objective”. For Churchill, “There’s no such thing as objectivity. Who you are is what you get. We don’t know what the truth is. One of the reasons why our shooting style has evolved is because we’re acknowledging the existence of the filmmaker. We don’t pretend we’re not there. When I see films that do consistent interviews, I want to get a sense of what the interviewer knows and what the relationship is.

Who you are is what you get.

Indeed, even though Churchill primarily lets the material speak for itself, the presence and point of view of the filmmaker is felt in all of her works, from the heart-wrenching Aileen: Life and Death of a Serial Killer (2003) on Aileen Carol Wuornos’s final days before she was executed in 2002 in the state of Florida, to Soldier Girls, as well as Sarah Palin: You Betcha! (2011):

“You can let your feelings be known to the people you feel closest to, but you don’t want to alienate the rest of them.
When I film people like Sarah Palin who I disagree with politically, for example, I don’t stop off in a rage. If they ask me a direct question, I turn it back into a question to them.”

Barker thinks that people often confuse the style with the genre of cinéma vérité. “Because the camera is handheld and you follow people around, people believe that it is called a genre. It most frequently is the style that cinéma vérité borrowed for other purposes in order to make something seem more active or real. But when people do that they are usually inconsistent in point of view. It’s a kind of filmmaking in which the camera represents a POV of a compassionate witness to real events that are taking place – that’s what we consider the genre to be.”

At what point does Churchill know the essence of the film? “You don’t know at the beginning. The best you can do is to do research beforehand to get a sense of things that might be occurring when you start filming. Also, write proposals and treatments. You always have a preconception but whatever it is, it will change. It’s never going to be what you think it is. That’s why you have to be able to follow that lead wherever it takes you and be completely crazy enough to stick with it until you have the film.” _

Do you have any advice to young filmmakers?
You need an advocate, a mentor, who will give you confidence, introduce you to the right people, believe in you and push you forward. I had that in Colin Young who started the National Film and Television School, the head of the film school at UCLA, who got me the job with Peter Watkins shooting Punishment Park
Through him I also met Nick Broomfield. Second, you have to be incredibly persistent, don’t give up, don’t take no for an answer. Third, you should try to do what is it you want to do.
Don’t get sidetracked. If you want to be a cinematographer, don’t start out as an editor. If you want to be a director, that’s what you should do, just start making films. It’s really possible to make films without any money these days. You can go anywhere in the world with a backpack and have everything you need to make a film including editing.
Go for it!

What is a good documentary for you?
I think what works for me is gut level. It needs to speak to me, and engage me emotionally. Simple photography that doesn’t call attention to itself, that is not flashy, is what appeals to me.
I don’t care about the format. Hubert Sauper’s Darwin’s Nightmare is one of my favourite films and most of the film was shot on Sony 100, a tiny Handycam, which doesn’t even zoom.

What challenges does a woman face in a highly male-dominated field?
I fought the battles. It was really tough going to England in 1974, where I ended up living for 10 years. But generally I found it to be an advantage to be a woman. I’m not taken seriously; I’m not considered a threat. I can get my foot in the door where many men can’t. Yet I still think that it’s great to work with a very small crew, a man and a woman together.

What does the relationship between the director and the cinematographer mean to you?
For the kinds of films I’m interested in doing, you don’t want extra bodies around, people standing by with nothing to do. The director should either be a sound person or the cinematographer or both. You’re in it together and it’s a joint process. However, it’s good to have a partner, somebody to talk to at the end of the day since you have to constantly re-conceptualize where you’re going because whatever you think you are going to get will always change. Even though you know you shouldn’t have expectations, you can’t help but go in with your preconceptions, and you have to change them on the fly. _

Aileen’s lawyer, her born again Christian mother and the Florida state police had all been involved in trying to sell her story, the story of America’s first female serial killer, to the highest bidder. Aileen herself, who was convicted of murdering seven men, ironically emerged as the most honest person.

Under the aggressive Sergeant Abing are several young women, some dedicated to defending their country, others who seem to have been forced into joining by circumstance. Several of these recruits become harder and colder through the course of their basic training at Fort Gordon.