The colourful and dramatic documentary, The Bengali Detective, has been sold to Hollywood. As part of the Nordisk Panorama industry programme, producer Giovanna Stopponi gave a session on the implications of “going to Hollywood.”

The Bengali Detective follows the story of Rajesh Ji and his detective bureau as they try to balance the search for justice in criminal cases with the less heroic, but more lucrative protection of big brands. On top of his busy business, he has a wife, who is very ill, and a small son to worry about. As a way of relaxation, he and the rest of the detective agency have a dance group where they practise the Bollywood style.

In other words – the film has it all. An inner and outer drama, a very charming character gallery with the thrill of detective stories as well as a strong personal drama, and it’s all set in a relevant socio-political reality. For the same reason the film has won a lot of acclaim and Hollywood wants it.

Producer Giovanna Stopponi shared her experience of the process of selling a documentary story for a fiction remake.

How did the process begin?
The Bengali Detective had its world premiere at Sundance in January 2011 – on the night of the first screening we were approached by Fox Searchlight who wanted to option the story for a fiction remake. We received a call from the Fox’s legal team late the same night with a nominal offer to close the deal before midnight. I think much to their surprise we said no. We were overwhelmed by their whole approach and were very protective of the documentary – something we had spent three years working on and now we wanted it to have a festival run and be seen by as many people as possible. Fox’s initial offer did not match this. Fox’s head of production then asked to meet with us apart from the legal team the next day face to face – we were impressed by her and liked her and eventually agreed to negotiate the option while keeping the right to the exploitation of the documentary.

Can you briefly take us through the legal process? (Do they just buy the story and then that’s the end of it or do you and/or Rajesh have any say in the development of the script?)
The deeper negotiations lasted almost a year – at the end we managed to keep the right to the documentary and its exploitation. The option to Fox entails the right to purchase not just the story but also the access to our subject, the real Rajesh. We wanted to protect Rajesh from being exposed to random people knocking at his doors, asking questions about himself and his work, raising his expectations of Hollywood. We negotiated that director Phil Cox would be part of the development and the production and would be consulted on the script, providing access to Rajesh and the reality of the stories we narrated, so Phil worked with the scriptwriter and the producers of the remake.

Has the fiction film bound itself to some level of truthfulness? (based on real events, a true story?)
Yes, the remake will probably benefit from anchoring itself to the true stories portrayed in the film. In fact in terms of the narrative themes, The Bengali Detective documentary provided all elements for a great watch – secrecy, drama, comedy and music, as well as the tragic events such as the death of Rajesh’s wife and the mystery of the unresolved murder; it also raised the bigger issues of access to justice, corruption and poverty all through the prism of the self-made middle class, which is rarely portrayed in documentaries about India. At its heart though – the documentary is centered around a great character who touches all of us. This we knew was so important for the success of our documentary which is why we took two years to find the right detective.

Who legally owns his personal story? Does the production company or does Rajesh? Or rather – do they buy the story of the documentary or access to his life story?
We were granted by Rajesh the exclusive right to use his life story for the documentary. Rajesh granted us the right to use him, his life story and the events around him; from the time when we were filming we had exclusive access to Rajesh. However he also granted us the right to assign our rights to his life story to a third party as long as the director (Cox) remained attached to the rights. When we optioned the story of the documentary to Fox, we automatically assigned to Fox, by virtue of that agreement with Fox, the option to Rajesh’s life story. Fox have access to Rajesh’s story through the option agreement with us and because Cox is still attached to the remake.

And on a more general note, what is his role in this transferral to fiction?
Rajesh is not required by law to do anything or be an active element of the remake; nonetheless he is the source of inspiration for the main character of the fiction remake and as such the fiction’s director and producer would be keen to speak to him directly. However, communication towards Rajesh is done through Phil and our assistant director in India, Sounak, who is acting a bit like a filter.

The documentary has been promoted partly as a light-hearted documentary, but it is actually a drama with a complex net of personal and social problems and considerations. Will the fiction be a comedy or a drama?
Yes – this was the skill of Phil Cox, the director. We predominantly wanted to make a really watchable and entertaining film and not a didactic social critique – so Phil mixed up a Bollywood approach alongside vérité observational documentary style. So the subtext of our documentary is actually a social commentary of modern India but there is a lot of “play” in there. As for the fiction remake – Hollywood certainly does not have the same priorities to be authentic or make a comment on Indian society but it knows the that the success of its remake will need the same ingredients of the documentary – humour and pathos.

What have been your concerns in the transformation of the documentary to a Hollywood production? One has to let it go in the end! I think as a team we hope the fiction remake will keep an edge to the film and not let it be too saccharin or sweet… or a caricature of Indian realities. What have been Rajesh’s concerns?
I think more than concerns, there has been confusion – what’s happening now? Am I going to be a great movie star in a Hollywood film? – was his first reaction. However, I think the main issue for Rajesh is to protect his family and his business; and to be treated with respect. It is difficult to manage reality when there are journalists and newspaper articles raving about a Hollywood production coming to town, especially in India where celebrities and big productions attract huge attention and crowds. So we have been keeping Rajesh abreast and his feet on the ground.

Do you believe Hollywood gets closer to reality by taking the route through documentary?
Yes. Reality sometimes can surprise and move us in a way that is unexpected and truly fantastic. Hollywood is saturated with predictable and trite plots – they turn to reality to be inspired and connect with people, to bring home stories that are extraordinary but also human and real. The detective genre is nothing new – in fact it is a saturated one repeated again and again in films and novels over the last centuries – but it is very popular! People love intrigue and suspense and a gripping story – which was the real challenge to achieve in our documentary as we were dealing with real life, real murder and real predicaments, all of which we had to somehow get access to and film, in order to move the narrative forward. I think Hollywood responded to our film as it had a slightly nuanced and original take on a popular genre in a territory that has done very well for big studios – India.

Any advice for others whose docs are off to Hollywood?
We never envisaged for a moment our film might end up as a remake. We were simply concerned to finish and produce a film that worked! But if one is offered a remake, then my advice would be don’t be afraid to refuse an aggressive approach to signing anything, if you feel they are taking away your years-long work. Be prepared to have a legal adviser ahead of your premiere who has some experience in dealing with big studios and is not afraid to push a little more for your interests. Rather than paying an hourly fee for her/his services or up front, you could negotiate a percentage commission if she/he brokers a deal. Keep your role somewhere in the remake, either as a development adviser or as an executive producer. Keep in touch with the remake studio once the deal is sealed – your aim should be that your subjects are protected and reality is not distorted to cause offence or damage to your subjects. _

The Hollywood version of The Bengali Detective is expected to be completed by 2015. 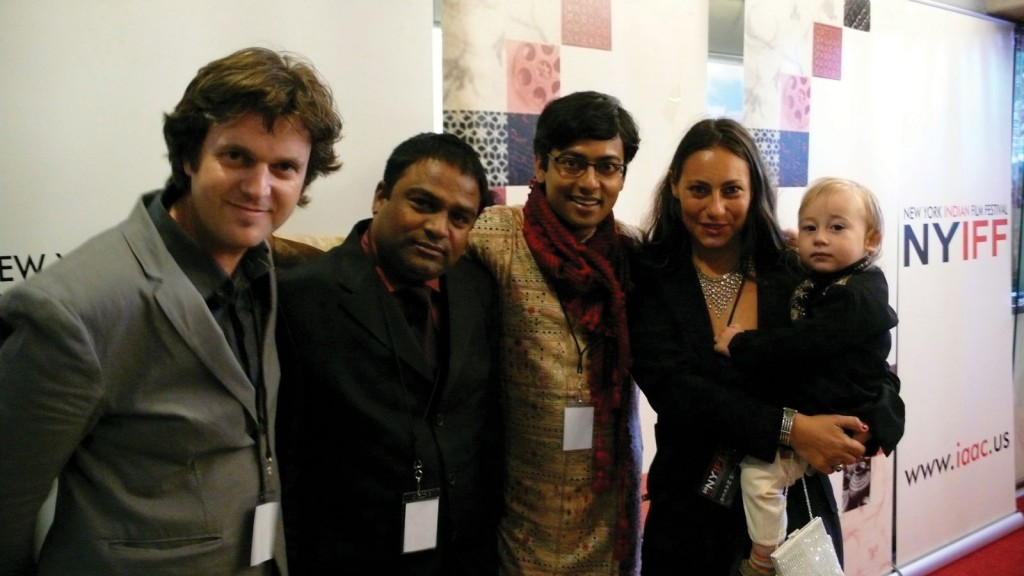