This spring marked the too-soon departure of some wonderful filmmakers. Here, we take a moment to commemorate them.

The sudden death of Michael Glawogger on 23 April is a huge loss to our community. We will be denied of his great works never finished or yet to be made. Glawogger directed famous works such as his trilogy Megacities, Workingman’s Death, and Whore’s Glory. He died from complications due to contracting malaria and typhoid in Liberia where he was making his film Untitled: a film on nothing. “I will travel the world for a year. I have no theme, no goal, nothing. I am sort of making it my goal to watch with curiosity to the maximum”. Who else would venture on a trip around the world for a year with this kind of openness to what may come? We can only be grateful for the works he leaves behind. 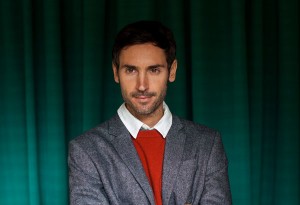 The day of May 13 shook the international documentary community with news of the death of Malik Bendjelloul at 36. He took his own life after a struggle with depression. His remarkable talent is evident from his début documentary Searching for Sugarman, which earned him an Academy Award in 2013. “It was this lost masterpiece like a Cinderella story, a fairy tale,” Bendjelloul said of his protagonist Rodriguez’s life. The film displays great sensitivity and craftmanship in its use of the audience’s imagination when this fairy tale gets a cinematic treatment. It is hard to fathom the empty space Bendjelloul leaves in his absence, and painful to imagine what kind of extraordinary work he would have continued to make.

Peter Liechti passed away on 4 April after a struggle with serious illness. He was a remarkable filmmaker with a language of his own. He experimented with storytelling and found creative, new ways to communicate almost impossible experiences to film. In his interview with DOX from October 2013, he confessed that his last film Father’s Garden – The Love Of My Parents was a step towards reconciliation with his parents and a way of finding peace within himself.

With his departure a unique voice in the world of experimental filmmaking has left us.