How are documentaries on India produced, received and perceived in India? Filmmaker and critic Meenakshi Shedde, who is India Consultant to the Berlin and Dubai film festivals, sheds some light on the cinema of the real from an Indian POV.

India makes the highest number of films in the world – 1000-1300 feature films annually – and we make films in 39 languages and dialects, the most diverse cinema in the world. Yet, the truth is, some of the best Indian films today are documentaries, often better than the feature films. Many Indian documentaries are entertaining, engaging  and thoughtful, and remain with you long afterwards – which you cannot say of the majority of our feature films. Indian non-feature films include some stimulating documentaries, shorts, animation and experimental films. Western filmmakers usually regarded India as an exotic, Orientalist country, and often viewed themselves as our saviours. But India also drew renowned directors, most of whose documentaries empathetically tried to make sense of India’s diverse complexities ancient and modern, and largely succeeded. Apart from Robert Flaherty who made the feature Elephant Boy in India in 1937, these included documentaries by Roberto Rossellini (India: Matrubhumi, 1959) Louis Malle (L’Inde fantome/Phantom India, 1969), Russian director Roman Karmen (Dawn Over India,1956), Swedish director Arne Sucksdorff (The Wind and the River, 1951) and German director Paul Zils (India’s Struggle for National Shipping,1947)); a prisoner of war, he later headed the British colonial government’s Information Films of India, which subsequently became Films Division, the documentary producing arm of the Indian government). 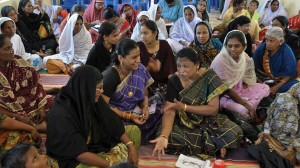 In recent years there has been a host of foreign documentaries on India, that continue to be either empathetic reconstitute, to borrow Mahatma Gandhi’s phrase, “a drain inspector’s report.” Of those directed by foreigners, the better known films include: Born into Brothels, 2004 by Zana Briski and Ross Kauffman (on the children of Kolkata sex workers) and SmilePinki, 2008 by Megan Mylan (on a poor Indian girl receiving cleft lip surgery) – both of which won an Oscar for Best Documentary.

Other documentaries include Kim Longinotto’s Pink Saris, 2010 (on a female vigilante group in northern India) and Salma, 2013 (on a Muslim woman who writes sexually frank poetry and stands for elections; Berlin film festival), The Bengali Detective, 2011 by Philip Cox (Berlin film festival), Blood Brother, 2013 by Steve Hoover (on bonding with HIV positive kids in India; Sundance) and Simon Chambers’ Cowboys in India, 2009. Foreign documentaries made by non- resident Indians (NRIs) or mixed Indian parentage include Marathon Boy, 2010 by Gemma Atwal (on a four-year-old slum child, adopted by a coach and trained for marathons, resulting in greed and murder; Tribeca festival; Atwal herself was born to poor, low-caste Hindus and adopted by a couple in the UK), Made in India, 2010 by Rebecca Haimovitz and Vaishali Sinha (on India’s surrogate motherhood industry) and Fire in the Blood, 201 by Dylan Mohan Gray (on Western pharmaceutical companies blocking access to cheap AIDS drugs; Sundance; Gray is Canadian/Indian).

Not all the foreign films on India have been well received. “If Born Into Brothels were remade as an adventure-thriller in the tradition of Indiana Jones and the Last Crusade, its posters might read: “New York film-maker Zana Briski sallies forth among the natives to save souls,” thundered India’s Frontline magazine, explaining why the film is a misguided, factually incorrect, missionary enterprise. On the other hand, British director Kim Longinotto’s Salma, is an empathetic portrait of a married Muslim woman from Tamil Nadu who escapes her confined life by publishing sexually frank poetry and even stands for local elections. It’s a good film on Muslim female empowerment, but it’s mostly Salma on herself; there is hardly room to appreciate the oppressive context through interviews with her semi estranged husband, estranged children, people in the community, or local religious leaders. Longinotto’s Pink Saris is on Sampat Pal, leader of a women’s group enforcing vigilante-style justice in rural Bundelkhand, where domestic violence, dowry deaths and caste-based honour killings are common. Again, it is a good film, but we mostly get Pal on herself – feisty, egoistic, abusive and using debatable methods to get debatable justice. Though once, her partner Babuji tells her she has become too arrogant and does not care enough for the women seeking her help (the film won the Best Documentary Award at the Mumbai International Film Festival- MIFF).

By contrast, Indian documentary maker Nishtha Jain’s Gulabi Gang, 2012 on the same woman, Sampat Pal and her gang, is more compelling as it goes deeper under the skin: she is actually on the scene when a woman is burnt to death by her in laws, and it is framed as a suicide; the woman’s own father won’t register a case, and the cop appears to wonder what all the fuss is about. Pal bullies, abuses and shames people to eke out justice. Beautifully shot and far from hagiographic, Jain also highlights Pal’s hypocrisy: when her own male relative abuses a woman, she stands by him; justice and feminism be damned. In fact, Indian filmmaker Deepa Dhanraj’s Invoking Justice, 2011 on the same theme of women seeking justice – and profiling a Muslim, all-women jamaat (council) in Tamil Nadu that delivers justice based on Sharia law, is far more revolutionary in approach. Muslim women use religious law to fight for their rights, mainly using conciliation, persuasion and persistence, promising more long-term results. In keeping with their methods, the documentary is also of an even tenor, with greater amenability as a community activism film, than Longinotto’s or Jain’s.

Two recent foreign films set in India couldn’t be more contrasting: The Bengali Detective, 2011 by Philip Cox and Cowboys in India, 2009 by Simon Chambers, both British directors. Selected at Sundance and Berlin, The Bengali Detective has the unusual distinction of being a documentary, whose remake rights have been sold to Fox Searchlight. The film is a wonderfully empathetic, insightful, hilarious and poignant documentary on Rajeshji, a successful detective, who does what the police can’t or won’t do, and whose dream is to win a Bollywood dance contest on TV. But his beloved wife dies, adding a melancholic layer to a hugely entertaining film that deserves wide release. In contrast, Cowboys in India by Simon Chambers is a great disappointment. India’s Supreme Court temporarily bans the British company Vedanta from mining bauxite in Orissa, following reports that Vedanta had illegally destroyed forests and tribal lives to this end. Rather than investigate this, the British journalist and director focuses on whether Vedanta has built the hospital and college it promised (wow, scoop!).
A textbook example of lazy journalism and filmmaking, and appalling research, Chambers tries to salvage the film by making it a aha-ha filmmaking diary. It ends up as a whiny account of how much his driver and fixer eat and the cockroaches in the toilet. To his credit, the director acknowledges that his driver and fixer risked their lives to get him footage; he buys the impoverished driver a second hand jeep. So of course the cowboy Westerner is the saviour of the poor Orientals in the end, filmmaking be damned.

Two factors have influenced perceptions of India within and without. First, India’s economic clout as one of the biggest markets worldwide has stoked both Western and Indian “positive stories” on India’s global corporate giants, software successes, modern cities and “Gucci-pucci” lifestyles. So the poverty, snake charmers, dowry deaths and caste-based honour killings stories are now somewhat tempered. Second, the democratization of filmmaking with digital technology is giving more varied, independent, young documentary makers a voice, including women. Along with diverse content and subaltern voices, there is also more experimentation with form. Indian documentaries are becoming more personal, political, risk-taking, risqué, entertaining and fun, even when they tackle serious issues. Indeed, senior director Anand Patwardhan’s latest film, Jai Bhim Comrade, 2011 on untouchability and caste killings is a musical.

The hangover of documentaries made by Films Division – earlier compulsorily shown before feature films in theatres, that usually left viewers catatonic – explains the general Indian allergy to documentaries even today. Foreign and Indian documentaries are mostly shown at film festivals, film societies, NGO and community screenings, where screenings are primarily free, and distributed through organizations like Magic Lantern (Sophodoc has discontinued distribution as it was unviable). There is not much Indian interest in foreign documentaries per se, with a few well known exceptions, like Eyes on the Prize, 1988 on the black civil rights movement (which Vikalp screened for free). There is a lukewarm response to foreign documentaries set in India/South Asia – like Michael Glawogger’s Whore’s Glory, 2011 on lives in prostitution worldwide including Bangladesh, that was shown by Root Reel/Indian Documentary Foundation at the Alliance Francaise, Mumbai – it got a full house, but the screening was free. Pink Saris is more likely to be better received abroad than in India; likewise, the Indian documentary Bollywood: The Greatest Love Story Ever Told, 2011 by Rakeysh Omprakash Mehra and Jeff Zimbalist, shown at Cannes, is more likely to interest “firangis” than Indians.

Indian documentaries today get diverse support beyond funding. For instance, the Magic Lantern Foundation headed by Gargi Sen produces, distributes and exhibits Indian and foreign documentaries, and organizes the Persistence Resistance documentary travelling festival. There are coproduction and pitching forums, including Docedge Kolkata Asian Forum for Documentary, organised by Nilotpal Majumdar, dean of the Satyajit Ray Film and Television Institute, Kolkata. The Indian Documentary Foundation led by Sophy Sivaraman and Javed Jaaferi, have organized Trigger Pitch with the Kerala State Chalachitra Academy to promote documentary outreach, as well as Good Pitch, a documentary pitching forum to be held at the Mumbai International Film Festival (MIFF) in February 2014, in partnership with Films Division, backed by the BRITDOC Foundation, the Sundance Documentary Film Programme and the Ford Foundation. Sivaraman say,: The idea is to also go beyond funding, to find strategies and partners-NGOs, public organizations, television channels, producers in film, digital and social media who will help find larger audiences for the documentaries.” Magic Lantern organized DocWok, a mentoring workshop for documentary makers last year in New Delhi, in collaboration with DOK-Leipzig, “…to bridge the gap between knowledge, practice and the market economy for documentary films in India.”

Bollywood: The Greatest Love Story Ever Told, shown at Cannes, is more likely to interest “firangis” than Indians

For all this, the best documentaries struggle to find an audience in India. Barely a handful of Indian documentaries have been theatrically released, including Shivendra Singh Dungarpur’s wonderful Celluloid Man, 2012, Madhusree Dutta’s Seven Islands and A Metro, 2006 Faiza Ahmad Khan’s Supermen of Malegaon, 2008 and Anand Patwardhan’s War and Peace, 2002 through distributors like PVR and Shringar. Hardly any TV channels in India show documentaries, apart from NDTV’s Documentary 24×7 programme, National Geographic and Doordarshan, the government-run TV channel, which recently signed an agreement with the Indian Documentary Producers’ Association (IDPA) to show documentaries on IDPA’S New Horizons; a half-hour slot on Mondays at 11 am (!), starting in 2013. More hopes were raised earlier this year when Doordarshan agreed to show National Award winning films, but this turned out to exclude documentaries and adult-certificate films.

In the absence of an independent film cinema circuit, filmmakers are trapped in a dilemma, as film and cultural bodies have free screenings of films including documentaries, making the audience reluctant to pay for any non-mainstream films. But that dilemma, I presume, is a fairly universal one._