Tine Fischer, director of CPH:DOX, shares some of her favourite films from the last year of docs.

The Act of Killing is unlike anything I have seen before. Striking in it’s ability to combine a complex political story with a cinematic reflection – not only on the overall thematic focus on the banality of evil – but also on the (scarring) relationship between fiction and non-fiction, or between the constructed and the real. In The Act of Killing, Joshua Oppenheimer invites unrepentant Indonesian death-squad leaders to reflect on their violent past histories persuading them to act out their most atrocious crimes of torture and mayhem in the styles of their favourite movie genres: gangster flicks, westerns, war movies, musicals. They are happy to do so and takes us on a journey down a strange memory lane where cinematic dreams dissolve into nightmares. Over and over the film asks the central question: what is real? It’s by far the most politically important film from last year and is itself an historical event almost without parallel.

I just returned from a 12-day jury trip to the international film festival in Locarno. A fantastic festival with a very strong line-up of films in the ever growing landscape between fiction, non-fiction and art. We gave the award for Best Film to a film which in a simple but conceptually impressive way redefines the dialogue between structural film and ethnographic filmmaking. The film is shot high above a jungle in Nepal where pilgrims make an ancient journey by cable car to worship Manakamana. Shot in static point of view from inside the cable car, we are taken on a journey in between spaces, from the bottom of the mountain to the top, taking the audience on a meditative cinematic trip of pure presence. The film pushes the new space in between anthropology, conceptual art and documentary practice and points towards new and unique transdisciplinary standards. The film is produced by the people behind Leviathan – Varena Paravel and Lucien Casting-Taylor.

One of the films that have left an impressive mark on festivals worldwide during the last year is Leviathan. The film won one of the main awards at last year’s CPH:DOX – the New Vision Award. As brutal as a black metal concert, as dramatic as Melville’s novel, and as grotesque as all the biblical plagues served in one go – and yet it’s merely about a nocturnal excursion on a fishing trawler. The boat creaks and rattle, as the black-green water lashes its sides and seagulls fight over the severed fish heads that are rolling around its floor, while yet another netload is heaved aboard. The directing duo Lucien Castaing-Taylor and Véréna Paravel have installed small cameras everywhere on the boat, and they paint the drama of life and death with impasto layers. But they do not use abstraction for abstraction’s sake. Leviathan is also an anthropological study of man’s relationship to nature and the confrontation with ‘raw life’, towards a realisation that we may only have access to through the basic elements of the film medium: light, colour, sound, darkness. A highly physical but nonetheless transcendental total experience.

The efforts of the Chinese authorities to effectively gag the anti-government critic Ai Weiwei provides a good example of what not to do – at least not when your target has, on several occasions, been proclaimed the most significant contemporary artist in the world. The news of Ai Weiwei’s just under three-month-long imprisonment on obscure tax evasion charges went global and met with a barrage of criticism from the international community. It also brought his criticism of the authoritarian Chinese administration to the attention of a global audience. The Fake Case starts where last year’s film portrait Never Sorry left off – the point at which Ai Weiwei has been released and is awaiting the conclusion of a Kafka-esque parody of a trial from his home-cum-studio in Beijing. The Danish documentary filmmaker Andreas Johnsen is with him in the eye of the storm. The invisible threat from the authorities constantly lurking in the background is a heavy burden that is born with a stoic calm by Ai Weiwei himself – he is more concerned with creating new works and Skyping with the outside world – until he lashes out at a police surveillance agent who physically assaulted one of his assistants. And the people are on his side: in an utterly magical moment, bank notes folded into paper planes sail in over the wall of his compound; symbolic icons of support during the trial. Ai Weiwei has the courage of his convictions and an enduring will to facilitate their expression – after seeing The Fake Case one can only admire him for that. Over the course of the last ten years, Johnsen, with his special brand of global insight into the relationship between art, music and political activism, has distinguished himself as an immensely productive independent director, with a long-standing track record of having (at least) one film at CPH:DOX per year. This number is sure to rise in the future.

… and the prize for the past year’s most stylish opening scene goes to: The Last Time I Saw Macao, where a sexy drag queen in a close fitting silk dress lip-syncs to the B-movie icon Jane Russell’s‘You Kill Me’ in front of a cage full of tigers. This is only the beginning of a semi-documentary meta noir, whose labyrinthine story unfolds in the neon-lit underworld of the former Portuguese colony Macao. This is where, Joao Rui Guerra da Mata grew up, and he now returns to the city on a double mission: to save his transgender friend Cindy, who has become embroiled in a mysterious and deadly affair, and to make one of the most distinctive and innovative essay films of recent times together with his partner Joao Pedro Rodrigues.
The two Joaos are a “must watch” in the years to come._ 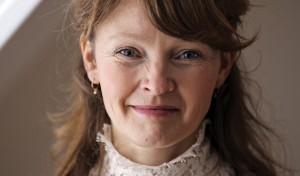 » Exploring the sonic potential of documentaries