Every year, my colleagues and I struggle through thousands of films – a jungle, in which we mark out highs, blind alleys, abysses and dangerous territories – and a film’s capacity to surprise, in both formal and thematic terms, is what we are looking for. A unique map of an expanding universe is created over and over again, dotted with films so diverse that they mark a fascinating journey into an unknown land, where hunters can only rely on their instincts, intuition and open mind. And each year offers a profound experience, unmatched by any venture into the world of contemporary fiction film. Turning in front of our eyes, we see worlds of generation testimonies from the margins of European cities, keepers of protected tortoises living on Australian shores, travelogues from deserts by filmmaking nomads, historical perspectives of our own history as well as philosophical contemplations on the world here and now. The more uncertain the path, the better the aim. And yet, also TV and industrial art products engaged in a one-sided fight with the living film due to a priori specifications and expectations carry information about the territory in which we move and try to find our footing. In their sum, they form a comprehensive whole that never ceases to be fascinating.

Cinematography is always documentary in one way or another.
Alain Resnais

A stunningly cinematic documentary that intuitively combines and carries forward the traditions of the Czech New Wave, the American independent scene as well as the tranquil spirit of contemporary Latin America. The film – or a double-feature, as indicated by its title – is made by two entirely different filmmakers: the Brazilian director, Gustavo Beck, renowned for his concentrated and almost immovable and static portrait of Chantal Akerman, and the Croatian director, Željka Suková, who has infused film with the long-lost surreal magic, as already seen in her documentary Marija´s Own. Be it not for the notable project CPH:LAB, these directors would have never met to join forces. However, the result is a fresh film experience guiding viewers through amoeba-like meanders of a film/city/mind without compromising its ability to surprise and seize the moment literally in Felliniesque manner. It is good to see miracles still happening in European film.

“I gave my kids every chance to do all the things that I didn’t have the opportunity to do. And I’m really sorry that they don’t appreciate it. All I did, I did for them,” says a fifty year old prostitute in her disorganised flat, with an empty bottle of vodka in her hand. The film debut Great Night by the Czech director, Petr Hátle, is set on the backdrop of late night or early morning hours just before the dawn when the impenetrable night is on the wane, when time stops for a moment and the interim space gives us the chance to take a glimpse of our inner selves just as clearly as we can see the bottom of a nearly finished bottle. Dostoyevsky’s protagonists, harmlessly reconciled with the rules of the surrounding world, drift through the night that is no darker than a day. But because the majority of people sleep, it is easier to see the dreams of those who are sleepless at night. Neon and traffic lights as well as streetlamps and random headlights in a visually refined film, which does not lose any of its authenticity and vividness, blend with the cold lights of factory halls and supermarkets or the motley discotheque lights on the city’s periphery. Empty streets, shelves, bars and empty flats are the natural environment of all the protagonists of Hátle’s film. And however they might seem ensnared by the surrounding emptiness, they try to communicate through a dialogue that does not stem from resignation, but from their own dignity.

Last year’s edition of the Cannes festival saw an exceptional occurrence. Spirit of 45 by Ken Loach, a passionate defender of the weak, added, rather uniquely in the recent years, a political dimension to the festival. Exceptions, such as Goddard’s Socialisms or Moore’s Farenheit 9/11 merely prove the rule that conservative festival programming strategy intentionally avoids politically provocative topics. The festival’s organisers might not even have been aware of the fact that Loach’s film – composed exclusively of testimonies of so-called “talking heads” and archival footage – is not only a tedious enumeration of data in the spirit of BBC’s documentary films, but shows a personal and engaged attitude, recalling the plight and frustration of post-war Great Britain. Spirit of 45 is not what it might seem; in the guise of classic documentary editing, it divided informed British audiences into two camps and sparked a nationwide discussion. Almost seventy years after the end of World War II, the British engaged in a lively debate over the interpretation of Britain’s strenuous efforts in late 1940s, Churchill’s election failures – truly unexpected for a leader of a winning country – and the exhaustion of the former world power due to omnipresent misery and absence of social ethos. By showing Britain’s resignation on meaningful future strategies and its social conformism, Loach makes a parallel and a unique appeal to today’s world.

It is not by chance that each film by Anja Salomonowitz listed on her website is marked in a different colour. This stylisation, which uses colours in addition to other means of alienating and highlighting topics, distances the viewers from the films, allowing them not only to relate to the works ­­and the lives of their protagonists emotionally, but also to reflect and contemplate on them. Moreover, stylisation uplifts the viewer’s mind from simplification and black-and-white perception of the world. In her feature début, You Will Never Understand This, the director delves into the history of her Austrian family during the war. And the awkward and faltering silence of her kin, avoiding questions regarding their own responsibility, is accentuated by white interiors, ironically and uncompromisingly confirming their innocent image. Similarly, in her latest film, 727 Days Without Karamo, the director uses colour contrast to evoke feelings in the audience. Omnipresent yellow, the dominant visual feature of the film about women who fall in love with non-Austrians, but have to stay separated because of the country’s uncompromising immigration policy, accentuates both their energy and the chaotic character of their situations. In all of her films, Salomonowitz focuses primarily on women. She is interested in their lives and self-reflects through their experiences. Regardless of whether her female protagonists succeed in expressing themselves on camera or whether they stay silent, the author’s gesture remains engaged and highly personal. She explores the position and role of women, and is not driven by omnipresent gender correctness, but by her own deep interest in the issue.

THE ART OF DISAPPEARING
Directed by Bartek Konopka and Piotr Rosolowski
Poland, 2013, 51 minutes

Polish documentary films showcased at film festivals all over the world come in an ideal form that makes them universal. These works combine a part of the Polish cinematographic tradition with a distinct topic that is often relevant in social or historical terms, accompanied by a conservative filmmaking approach. This is the core of their global success. But only time will tell how many of them will find their place in the history of cinematography. There are, however, authors who defy the predefined and established rules. Their films are among the most interesting and surprising works Polish film has to offer. Be it Marcel Lozinsky, Marcel Koszalka or Bartek Konopka, whose latest film, The Art of Disappearing – the visual form of which is so specific that the cinematographer, Piotr Rozsolowski, is listed as the co-director of the film – revealed the shamanic nature of Konopka himself. He is one of the few who masterfully combines two seemingly incompatible features and uses the format of the mid-length documentary film to create a magical world of a spiritual Haitian shaman who applies voodoo to cure Polish citizens suffering under the yoke of Communism. The film traces the borderline between documentary and fiction, joke and philosophical essay, shamanism and serious social analysis. Keeping in mind that his previous documentary Rabbit à la Berlin was inspired by a similarly ingenious and fitting metaphor of life under Communism, I cannot wait to see what surreal concept will inform Konopka’s next film. The tiny edge between real and surreal provokes our imagination and shows us much more than what can be scripted. 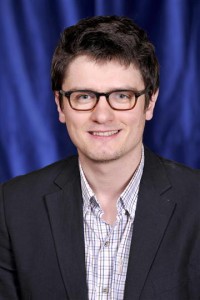