The selection for the main competition of feature length documentaries at Nyon this year has a lot to offer. So far especially two of them stood out to me as great works of filmmaking, one, Städtebewohner , because of it’s truly different look at a slice of reality, and, Bugarach because of it’s ability to capture and be magic on film. 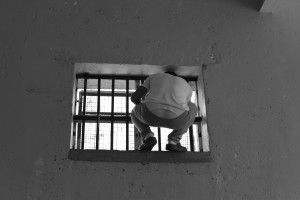 An introduction with a poem of longing, forgetting and letting the wretched in by Brecht opens the film. All shot in black and white the Mexican youth prison is treated as if it was Rome in love. The light is exquisite, a still image of the watch tower with its spiral staircase is a wonder.

A truly different look at a reality. It allows you to experience the prison from a sensual place, devoid of the usual social connotations. The small glimpses of conversations, the few revelations at the centre, the poems of Brecht – it all makes the film breath and hold its breath. There is no claim to understand, or to tell the story of the voiceless. But the stand-still, the holding of the breath, of life suspended, delayed, is present. It is remarkable. 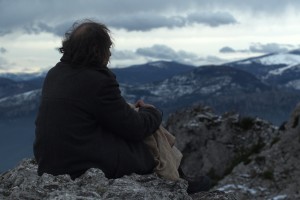 Bugarach: A film on the invasion of a small, French village by hippies, cults, and others convinced that this small place will be spared from the end of the world, scheduled for December 2012 according to Mayan myth. I was worried this would be yet another documentary on the quirky, simple folk of a local village, confronted with outside freaks, but I was very pleasantly surprised. This film is rather extraordinary.

Rather than poking fun at the villagers and the outside intruders, the film itself enters the magical state of the Bucharach mountain and the myths and folks surrounding it. The film itself become magical and makes the most of the mythological material the characters, the story, and the place provide. The editing is bold, always ending a scene in suspense or rather with an unanswered question. The soundscape brings you, willingly or not, into the mystical space, the damp scenery around the mountain. And through a few characters in the midst of the story, a local magician boy, a local warrior boy with a sensitive face, a mystical, a journalist, and the town mayor, a world of wonder evolves.

The power of the imaginary, of a place, of childhood, and storytelling flows through the scenery, the portraits, and the dense soundscape of this pearl of a film.